The DANGERS of Plant Based Diets – Doctor Reacts! 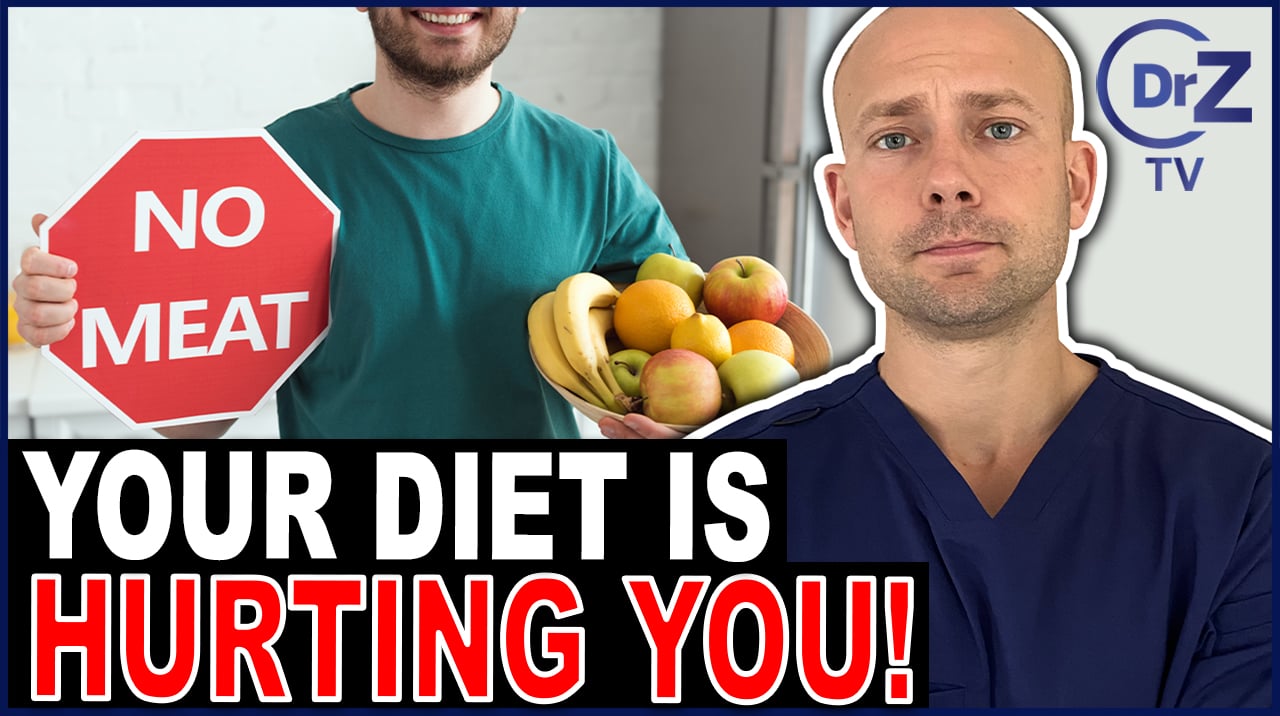 The DANGERS of Plant Based Diets – Doctor Reacts! is a video looking at the plant based diet and how it can be a diet that leads to toxicity and eating very unhealthy foods. The vegetarian diet is touted as a heart healthy diet but the fact is that many people run into nutrient deficiencies and other health concerns by following the plant based diet.

How does eliminating meat from a terrible diet sound to you?

A lot of people fall into this trap. One 2017 study found that participants whose mostly plant-based diets think vegetarian and vegan included a lot of processed foods such as sugary beverages and french fries were more likely to develop heart disease or die during the study period than people who avoided processed foods even if that meant they ate a little bit of meat.

Many people who follow vegetarian diets cover up the fact that they’re eating really horribly with the generalization that they’re following a plant-based diet and it’s obvious you are just lying to yourself. That’s a big problem with them.

Meat has been proven to be very healthy, in obvious moderation.Look at people who are following the carnivore diet and some of the actual testimonials that come onto. People have a severe autoimmune crisis going on. They follow the carnivore diet and all of a sudden they just transform their health to the point where most doctors can’t even understand how it happened.

I have no reason to do it other than I think the healthiest way to eat is following a moderate keto diet. That’s a diet that’s high in fat. Moderate in protein and low in carbohydrates obviously removing sugar and processed foods from the diet and some people might ask, “How’s that different from keto?” Basically you allow for more protein, you allow for a little bit more carbs and other than that is very close to Keto in the ketogenic diet. If you’re following a strict keto diet you will be in a state of ketosis.

Moderate keto you’ll basically be bouncing in and out of ketosis like you know if you do moderate keto and you intermittently fast you’ll go into ketosis for an hour or two and then you’ll come back out.

So it’s a great way to eat. It’s sustainable, you can do it long term and it really works whereas people who fall into the trap of following plant-based diets, like I said before, it’s a gateway to toxicity and causes a lot of problems for them.

Don’t get duped by watching one of these documentaries on Netflix thinking that it is the only way to eat and that is the healthiest way to eat because there’s always two sides to every story and most people miss the part of the story that really matters when it comes to improving their health.

How Many EGGS Can I Eat A Day – Health Dangers of Eggs?!

What To Eat On ONE MEAL A DAY – What I Eat EVERY Day!

Get THIS To STARVE CANCER!